BOSTON (Sept. 22, 2021) Survivors, advocates, and elected officials dressed in bridal gowns and veils, with arms chained and mouths taped, gathered on the steps of the Massachusetts State House for a “chain-in” to call on the legislature to pass H1709/S937, the pending bill that would end child marriage in Massachusetts.
In ancient and medieval times, it was common to give girls away in arranged marriage by the time they hit puberty, or earlier (Laiou, Angeliki, 1993).  Unfortunately, this outmoded patriarchal custom is not history.  Around the world children are still being forced and sold into marriage.  Bartered like property, they often lead lives of domestic servitude, trapped without legal rights, or the ability to make their own medical or reproductive decisions.  This is not only occurring in underdeveloped countries, but also in America, legally, with permission from a parent or judge.
What is Child Marriage?
UNICEF identifies child marriage as any formal or informal union of a child under the age of 18 with another minor or adult.  It is often the result of deep-rooted gender inequality, which disproportionately affects girls.  Globally, the frequency of child marriage among boys is one sixth that among girls (Child marriage - UNICEF DATA).  In April 2021 an in-depth study from data pulled out of all states in America, found that 300,000 child marriages transpired in the US between 2000-2018, with 86% of the minors being girls and 14% boys.  Records revealed girls as young as 10 were legally wed to adult men (Child Marriage – Shocking Statistics – Unchained At Last).
According to the Pew Research Center, 117 countries (out of 193) in the world still allow child marriage.  Per UNICEF 12 million girls are married globally each year (Child marriage - UNICEF DATA).  Per the official UN Report on The State of the World Population 2020, “pandemic related economic disruptions” are raising the susceptibility of girls to “negative coping mechanisms” in their societies, including the practice of child marriage.  Per UNICEF, before COVID-19 more than 100 million girls were expected to marry before their eighteenth birthday in the next decade.  Now, up to 10 million more girls will be at risk of becoming child brides as a result of the pandemic.  Should trends persist, the UN estimates the number of girls married as children will grow to nearly one billion by 2030.  These victims are unlikely to finish their education, likely to suffer domestic violence, contract STDs, including HIV/AIDS and/or become extremely ill or die due to pregnancy/childbirth complications These are the countries where child marriage is legal | World Economic Forum (weforum.org).

BOSTON (Sept. 22, 2021) Survivors, advocates, and elected officials dressed in bridal gowns and veils, with arms chained and mouths taped, gathered on the steps of the Massachusetts State House for a “chain-in” to call on the legislature to pass H1709/S937, the pending bill that would end child marriage in Massachusetts. A loophole in current law allows children of any age to be entered into marriage by a parent and a judge, without input from the child.
Simas explained that in South Sudan, where there are some of the lowest education indicators in the world, girls between the ages of 15-19 are more likely to die from childbirth than finish school.  She elaborated on the grim realities many face;
“Over 80 percent of those fleeing the war in South Sudan are women and children.  Children make up 63 percent of the total South Sudanese refugee population.  Many find refuge just inside the border of Uganda, where they are protected from the war but face challenges such as limited access to food and water, poor sanitation and illness, trafficking into sexual slavery or armed groups, and forced marriage” (Matilde Simas, Capture Humanity, 2021).
The four girls that Simas’ interviews discuss being sold or forced into domestic servitude by their own families without their permission or knowledge, the lack of basic necessities, their desire to return to school and get an education, and the struggles of being young mothers before they were ready.  After Simas returned home to the US after witnessing this halfway across the world, she took a Harvard EdX course on Child Rights in Summer 2020 and found out about how common child marriage was in America -- and that it was practiced legally. 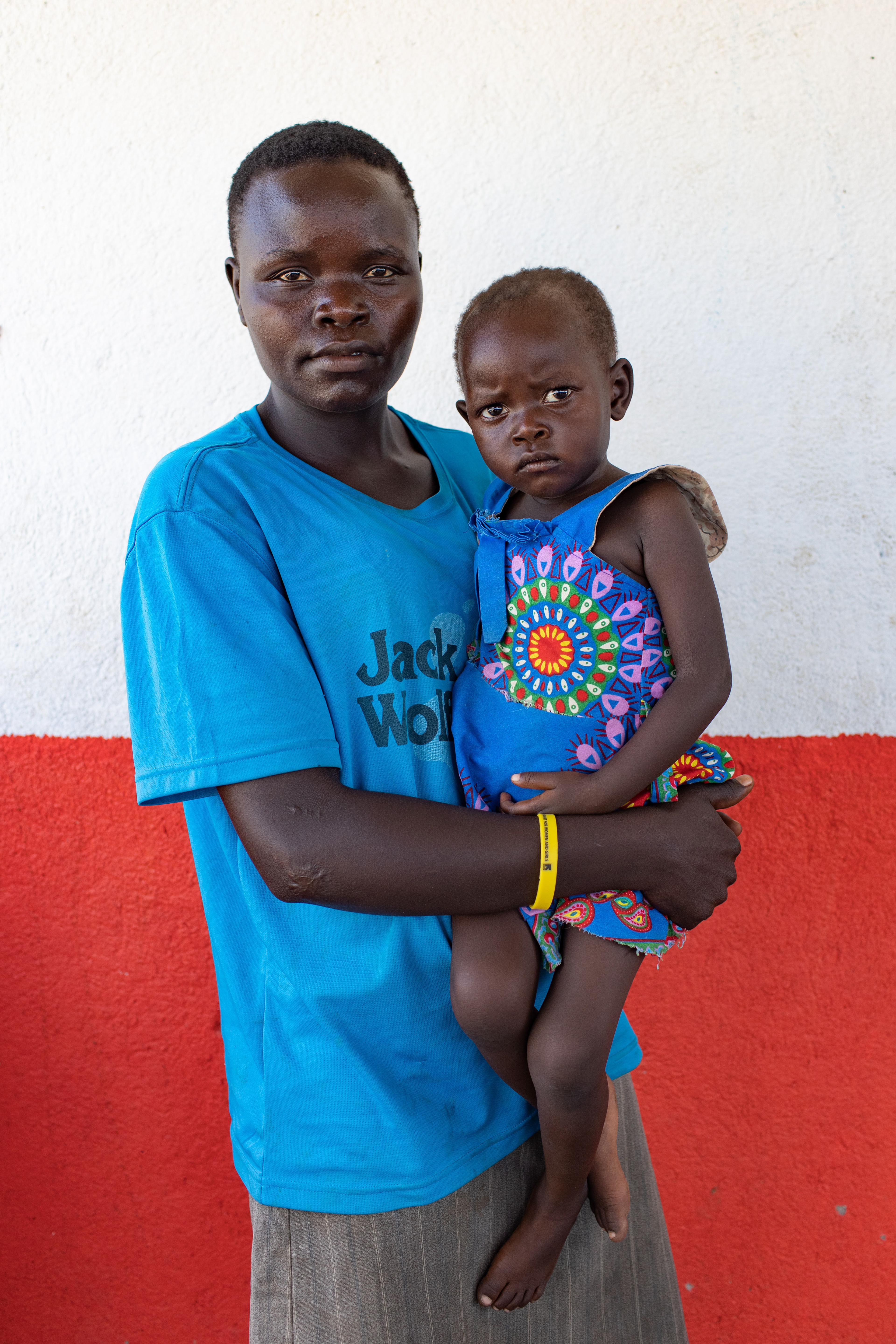 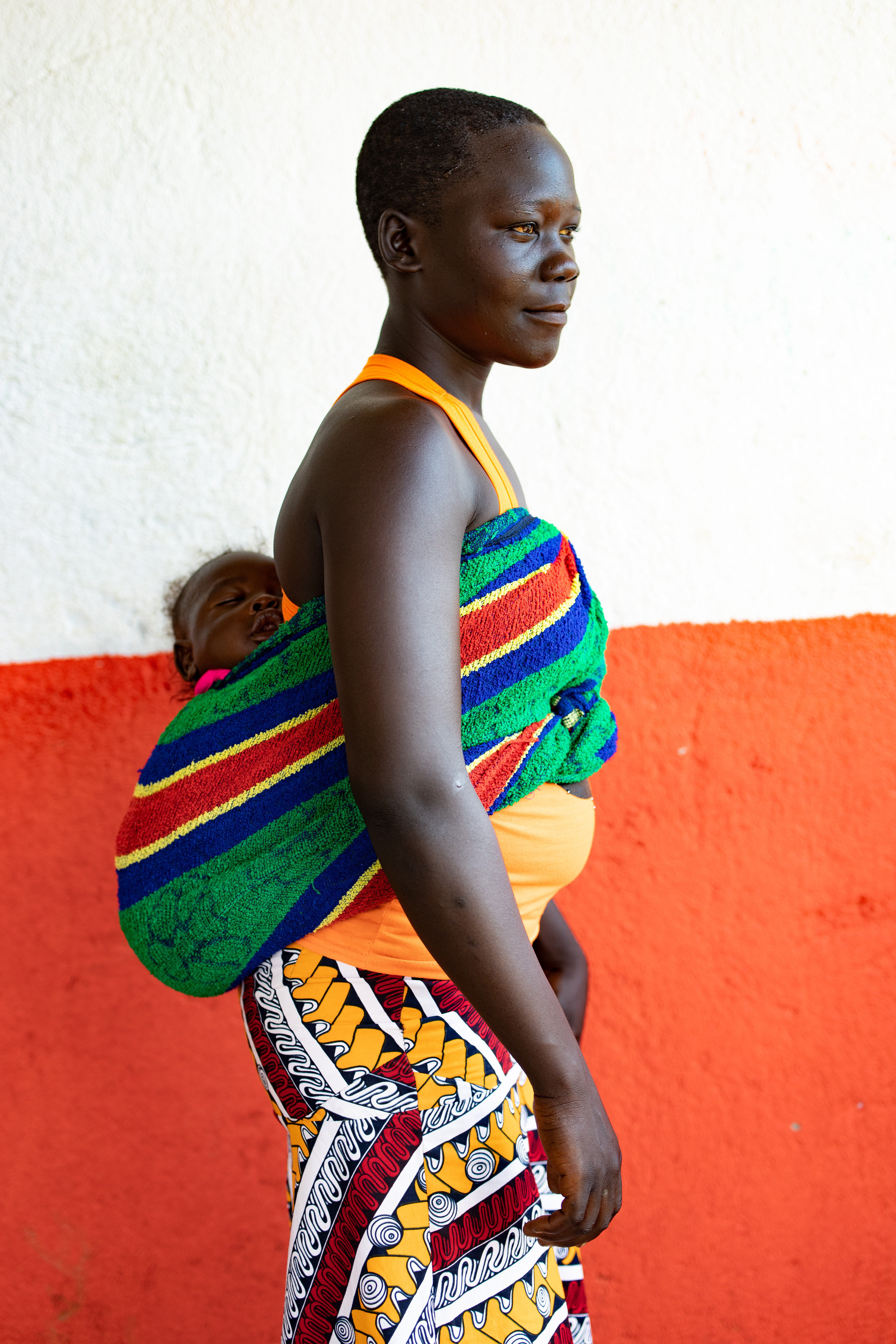 UGANDA (February 15, 2020) Portraits of teen mothers and children in Imvepi Refugee Settlement.
Global Statistics & the Girls Behind Them
Child marriage is most common (in order) in West and Central Africa, then Eastern and Southern Africa, South Asia, Latin America, Caribbean, the Middle East and North Africa.  In the developing world one in seven girls are married before age 15 (Child marriage - UNICEF DATA).  Just this November 2021 multiple reports were published on the surge of child marriage in Afghanistan, with desperate families selling their children for food or to pay off debts due to economic crisis in the unstable region.  After bartering his 9 year old to a 55 year old man, a father stated, "I will have to sell another daughter if my financial situation doesn't improve -- probably the 2-year-old"  (Afghan families are selling their children so they can eat as the economy crumbles - CNN).
At the Imvepi Refugee Settlement, in North Uganda, it is common for displaced girls who are victims of south Sudan’s civil war to be forced into unwanted marriages.  In 2020, Capture Humanity founder Matilde Simas traveled to the refugee settlement to interview, photograph, and film former child soldiers and victims of forced marriage.  The project culminated in a short documentary film, Forced to Marry, used to headline the November 10, 2021 UNICEF Global to Local: Ending Child Marriage event, which was created to inform UNICEF volunteers, local citizens, and policy makers on the global issue of child marriage.
The film has also been used to assist in petitioning US Congressional offices to co-sponsor the Keeping Girls in School Act.
Current Federal US Bills for the act are:
Text - S.2276 - 117th Congress (2021-2022): Keeping Girls in School Act | Congress.gov | Library of Congress
Text - H.R.2153 - 116th Congress (2019-2020): Keeping Girls in School Act | Congress.gov | Library of Congress).
UGANDA (February 15, 2020) Forced to Marry Film Story and Direction Matilde Simas
US State Laws & Legislation
Between 2000-2018 almost 300,000 children under the age of 18 were legally married in the United States.  78% percent of unions were between minor girls and adult men (Child Marriage – Shocking Statistics – Unchained At Last).  Fraidy Reiss, founder of Unchained At Last, is an internationally recognized expert on forced and child marriage, motivated by her own experience with forced marriage right in Brooklyn, New York.  In an interview with Capture Humanity, Reiss explained how in these arrangements young women/children have no financial or legal rights, are not allowed to make their own medical decisions about their bodies, pregnancies, or childbirth, and are usually unable to finish their schooling.  Reiss’ was made to sign a waiver saying she wouldn’t pursue her drivers license or college.  She also described the abuse and loss of body autonomy, “If you’re forced to marry, you’re losing your sexual and reproductive rights and you are going to be raped” [and] “What would otherwise be considered statutory rape is now legal.”  (Capture Humanity & Fraidy Reiss Unchained At Last Interview, 10/19/21).
Despite the US State Department calling underage marriage a human rights abuse, it was still legal to marry under the age of 18 in every state up until a few years ago.  Due largely to Reiss and her organizations efforts to ban child marriage, New Jersey and Delaware became the first states to completely outlaw it in 2018, with Pennsylvania and Minnesota following in 2020, and Rhode Island and New York in 2021 (Child Marriage – Progress – Unchained At Last).  The US still has a ways to go, with some states having no minimum marriage age at all (with the permission of a parent and judge), including California and Massachusetts, where Simas and Capture Humanity is based.  When looking into our home state we found, per a Human Rights Watch report, that between 2000 and 2016 more than 1200 children under the age of 18 were married in Massachusetts, and the majority were girls marrying adult men (End Child Marriage In Massachusetts | Human Rights Watch (hrw.org).  Current Massachusetts bills to ban child marriage and the legislators petitioning it are: Senate Bill S.937, Senator Harriet Chandler & House Bill H.1709, Representative Kay Khan.  It has already passed through the senate but still needs to be approved by the house judiciary committee before it can be banned in the commonwealth.