(L) President of the Bantay Komunidad (BK) Community Watch Group Prima T. Baliola sits with BK members during a Ventures For Freedom meeting in Negros Oriental, Dumaguete, Philippines on Sept. 26, 2019.
Right in the heart of the Philippines archipelago, on the Southwest corner of the island of Negros Oriental, lies Dumaguete.  In Domaguete, like many rural areas in the Philippines, there is a common practice of using children as domestic and farm workers.  The Bantay Komunidad (BK) is a group determined to change this in their community.  The initiative is comprised of eighty members who's mission is to work with local leaders to raise awareness about human trafficking and exploitation.  Prima T. Baliola has served as President of BK for the past six years.  Through community assemblies and door-to-door outreach the BK talks about the rights of a child, how to recognize human trafficking and prevention actions. BK members also provide follow-up support and reintegration services for survivors.

President of the Bantay Komunidad (BK) Community Watch Group Prima T. Baliola poses for a photo in Negros Oriental, Dumaguete, Philippines on Sept. 26, 2019.
President Baliola states, "When the public views child forced labor as a common practice not warranting criminal investigation or prosecution, it is harmful.   BK works to change these perceptions in our community. For example, last year a member of BK asked for my advice about a child she suspected had been sold into servitude.  The member asked me what she should do if a child is being abused.  They told me they suspected a boy was currently a victim of forced child labor.  I learned, after speaking to the child, he was indeed below the legal age to work.  He was not looking well.  He was not clothed properly, appeared sickly, and was unclean.  When we spoke to him we learned he worked very long hours and he could not remember the name of his village nor his birthdate.  The child was doing adult work and suffered extreme physical, verbal, and sometimes sexual abuse.  He was deprived of schooling and self-development. Further, he had no immediate outside contact or support network.  Because the BK member was trained about child labor and how to identify it, she quickly reported it to the Department of Labor and Education.  Soon after he was rescued, he was introduced to a foster family.   He is currently sponsored by White Chocolate Hills Resort and is now attending school and thriving."  It is important to raise awareness and foster initiatives, like BK, for communities to help address this crime.

Ventures For Freedom founder, Marlene Pepino, meets with Bantay Komunidad (BK) members at a bimonthly meeting in Negros Oriental, Dumaguete on September 26, 2019.
BK also leads a social enterprise named Ventures For Freedom.  The social enterprise serves as a prevention program which helps its members break the cycle of domestic servitude in their communities.  By selling handmade doormats and potholders, members generate enough income helping the women become less vulnerable to being lured into human trafficking by illegitimate job agencies.  These efforts are making a big impact in allowing women to be productive in their own communities.

Andrea Matulac and her daughter proudly make doormats made from threaded pieces of clothing as part of the Ventures For Freedom prevention program at their home in Negros Oriental, Dumaguete on Sept. 26, 2019.
This supportive and empowering group provides opportunities for members, like Andrea Matulac and her daughter, to have less fears of being lured by corrupt job agencies into a life of domestic servitude. As survivors of domestic servitude, Andrea tells me that the outreach programs provided by BK is what aided her in preventing her daughter from being victimized.

Bantay Komunidad (BK) members work together to sort through threaded pieces of clothing to make doormats.  The sale of these products generates enough income helping the women become less vulnerable to being lured into human trafficking by illegitimate job agencies.  This is making a big impact in allowing women to be productive here in their own communities. 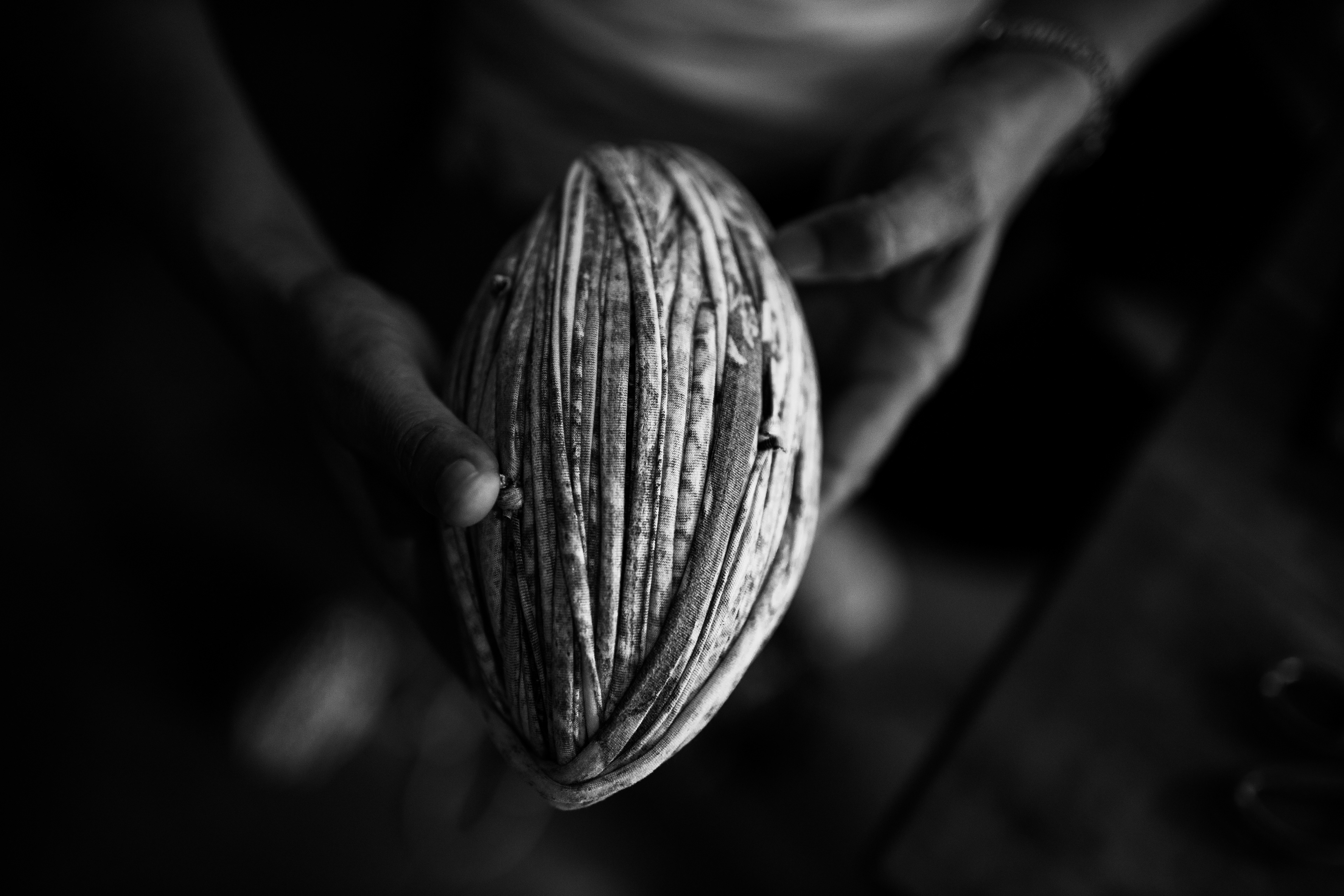 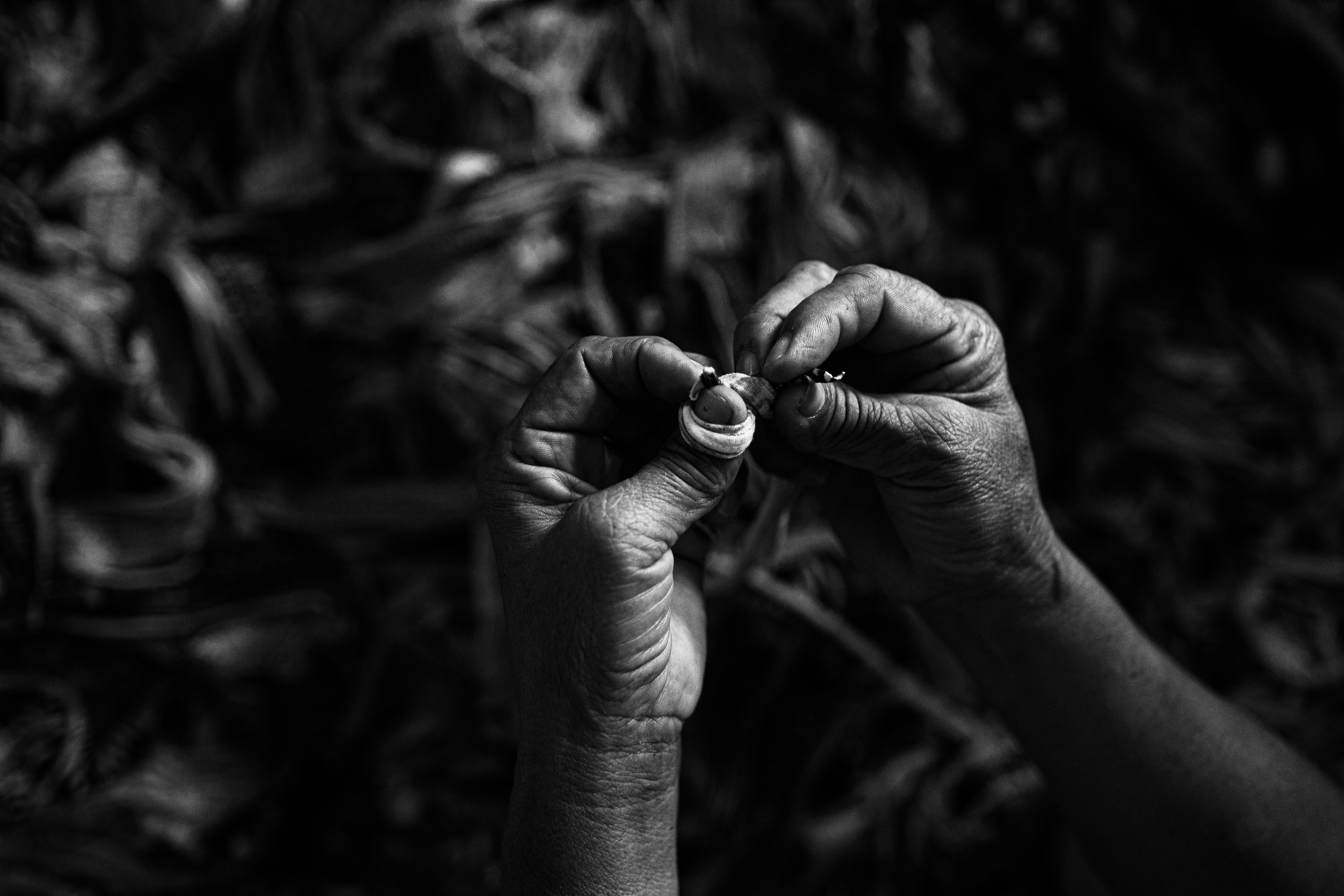 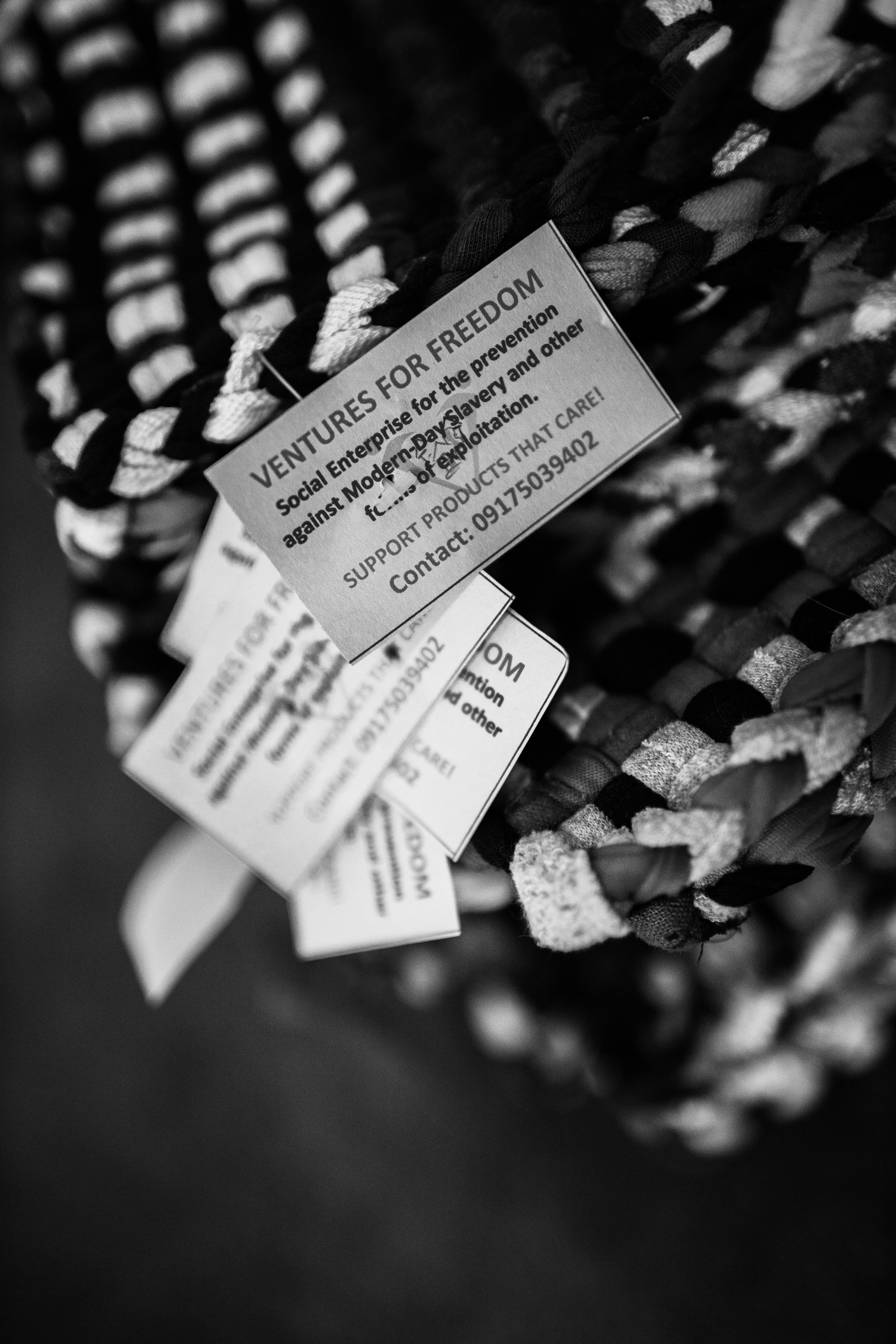 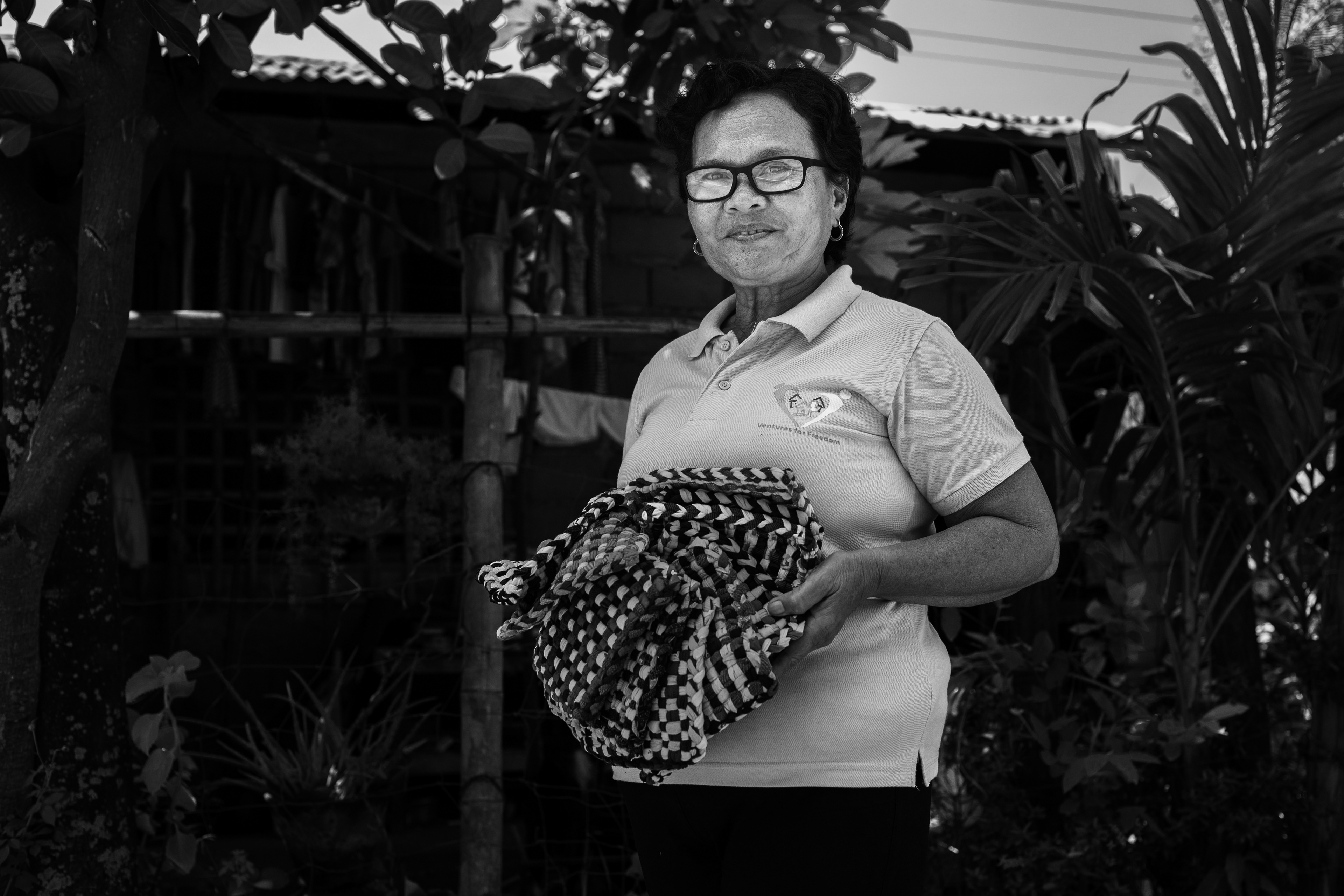