Matilde Simas
Founder
Matilde Simas is a visual journalist based in Boston. She graduated from Suffolk University with a BA in Psychology and Women’s Study and attended Rhode Island School Design to study digital photography. Matilde’ work as a photographer, guided by her primary role of humanitarian, has taken her around the globe. Her work’s primary focus is human rights, with the goal being to leverage storytelling to inform, provoke discussion, and ultimately inspire action.  She achieves this through public speaking and exhibiting her work in galleries and public spaces.
Matilde's efforts have led to collaborations with many community-based organizations. Her work has appeared in the U.S. State Department TIP Report, Kenyan Directory of Service Providers for Trafficking Persons, and the Guardian, among others. Matilde's photography has been showcased internationally and widely exhibited by various UN agencies.
Beyond photography, Matilde is passionate about volunteering and traveling. When she doesn't have a camera in her hands, it's probably because she's planning her next journey.

Jessica Barrett
Editor-in-chief
Jessica is a freelance writer and editor from Toronto, Canada. She has a background in the travel industry and previously worked with a content marketing agency, creating content for clients including Expedia, HomeAdvisor, and Vivid Seats. Jessica specializes in content production for nonprofits and has written for organizations working in human rights, conservation, education, and health care. She is  also the screening lead and editor for DIBS Rescue and owns a small-batch granola business with her sister.
Jessica loves traveling and food, speaks Spanish, and has two dogs, one of whom she rescued while living in Mexico.

Selina Deveau
Human trafficking subject matter expert
Selina is on the advisory board for Trafficking in America task force. She is a member of the National Survivor Network and the Coalition to Abolish Slavery and Trafficking.  Selina is an advocate for survivors of trafficking and does outreach work locally and beyond.
As an advocate, Selina supports survivors through their recovery process with a focus on using their own artistic and creative expression to heal. “I have healed so much by helping others through their healing process,“ she says.
Selina is working on developing sustainable treatment options for survivors of human trafficking. She is passionate about getting survivors the services they need when they need them. She is studying to become an LCSW so that she can help children and teens who have been abused and/or trafficked.

Jennifer Montgomery
Film adviser and writer
Jennifer is a visual artist, writer and global advocate for those who have experienced sexual violence, exploitation and marginalization. She has a public policy and media background and currently serves as Director of Human Trafficking Education and Outreach for the Kansas Attorney General's Office and Chair of the Kansas Human Trafficking Advisory Board. Jennifer is also a subject matter expert on human trafficking and gender based violence with the Attorney General Alliance - Africa Partnership for Justice.
Jennifer was recently awarded a Rotary International Peace Fellowship at Makerere University in Kampala, Uganda. The focus of her fellowship initiative is transforming conflict-based sexual violence and resiliency building through arts-based inquiry, differentiation and storytelling.
As a survivor of sexual violence, Jennifer is deeply committed to helping others transform trauma into avenues for peace and reconciliation in communities across the globe.

Huma Hussain
Film director & editor
Huma Hussain is a director and editor based out of California. Her practice centres on stories of marginalization and includes reflections on her own identity as an Indian Muslim woman. From a young age, Huma has explored a variety of media—including video, sound, writing, and graphic design—to find her own unique form of expression. Huma’s most recent project is a narrative short film that focuses on the life of a Muslim immigrant in America.
Throughout the course of her career in India and in Boston, Huma has worked in the capacity of a filmmaker, designer, writer, and journalist. Huma’s work has led to collaborations with many community-based organizations, including the Massachusetts Immigrant and Refugee Advocacy Coalition, the Irish International Immigrant Center, and the New American Integration AmeriCorps Program.
In 2017, Huma was awarded a digital media fellowship by Imagining America and the Joy of Giving Something Foundation for creating publicly engaged art. She is currently a Fellow at Emerson College.

Uday Khambadkone
Photographer and photo editor
Social and cultural subjects have always lured Uday to travel to various places to explore the culture, the people, and their customs. He has traveled far and wide, from exploring the Roma community in Zenica, Bosnia to the Catarina doll-making people of Capula, Mexico.
Uday has worked with several non-governmental and nonprofit organizations to document stories, including a shelter home for cancer kids in Mumbai, India, a school for mentally challenged kids in Quito, Ecuador, and a food shelter program for a poor community in Apartado, Colombia. Photography has allowed him to break stereotypes, connect with people, and bring a voice to the untold stories.
As a first generation Indian American immigrant, Uday is acutely aware of the plight and struggles of immigrants in a country. His work has been publicly exhibited and has won numerous awards. He currently resides in Westborough, Massachusetts with his black Labrador, Bella.

Livanya Gramoney
Writer
Livanya is a South African writer and photographer. She has had her photography and video work published with the African News Agency and she is currently a contributor for Reclamation Magazine, where she explores identity and culture. Her goal is for her work to be empowering and encourage audiences to practice empathy.

Kacie LeCompte Renfro
Writer
Renfro is a native of San Francisco, CA now living in Kentucky with her husband and daughter. She is an author and human rights advocate, whose career has been predominantly spent in the fields of refugee resettlement through various organizations in the U.S., and domestic and international advocacy for underserved youth demographics through Save the Children.

Mim Paquin
Writer
Mim is a fifth-generation artist who is carrying on her family’s modest legacy through her dedication to acting, singing, writing music, and storytelling. In 2013, Mim became a fledgling filmmaker, further journeying into the world of film acting, screenwriting, and film production. A year later, she established an ideation think tank, Frogcatcher Films, through which she develops screenplays and collaborates with other production companies on their film projects.​​​​​​​

Lidet Tilahun
African affairs advisor
Lidet Tilahun is former principal policy officer to the former African Union chairperson and director of international outreach at One Laptop per Child, where she was responsible for outreach, fostering, building, and maintaining relationships with stakeholders around the world.

Nahom Abiy
Mentee and videographer
Capture Humanity is pleased to announce our first mentorship recipient, Nahom Abiy, who will be on assignment in Addis Ababa, Ethiopia for our partner, Limb Kind Foundation. Nahom lives in Addis and has been studying photography since childhood. He's eager to learn about the amputee community in his home country and says that the mentorship program will open his eyes and allow him to help empower individuals through photographic storytelling.

The Capture Humanity mentorship program offers guided, one-on-one, on-location mentorship with Capture Humanity founder and lead photographer Matilde Simas. It extends far beyond the assignment to build and polish necessary skills in the documentary photography field. We seek to provide professional development for emerging talent in the industry and are particularly interested in engaging with new talent from the developing world and underrepresented communities. The goal of this program is to mentor a local photographer in our assignment location while creating visual online and print campaigns for our partner non-governmental organizations.
Capture Humanity Ambassadors 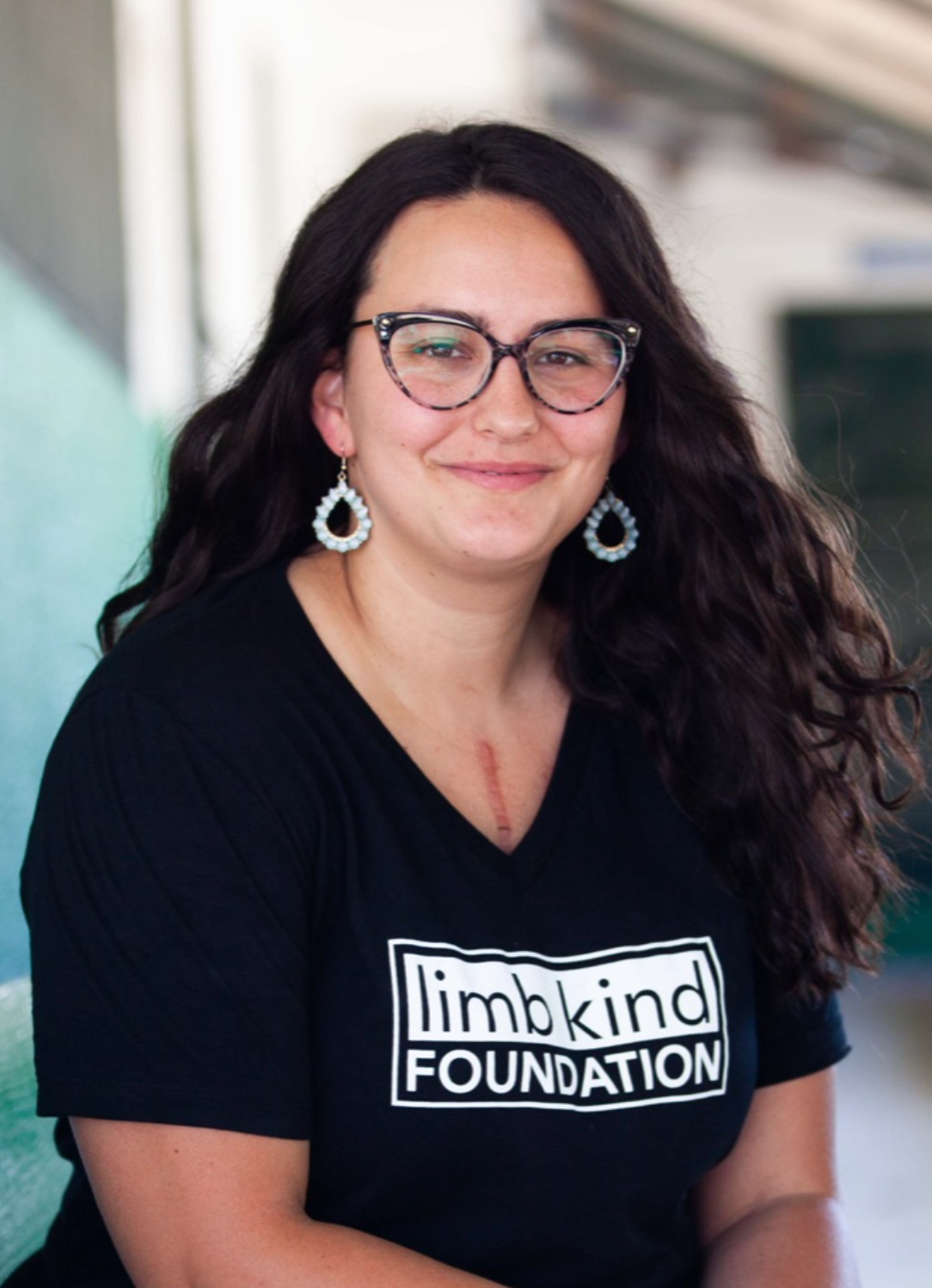 Nicole Grehn
Nicole Grehn is a RN and Limb Kind amputee mentor from Wisconsin. She is a bilateral above-the-knee amputee who experienced profound traumas that would shape her life. In 2015, Nicole lost both of her legs in an emergency amputation after she went into cardiac arrest due to catecholaminergic polymorphic ventricular tachycardia, an inherited gene mutation that went undetected her whole life.
Nicole does not allow anything to stop her, and she travels internationally to mentor children with limb loss. She currently resides in New York. 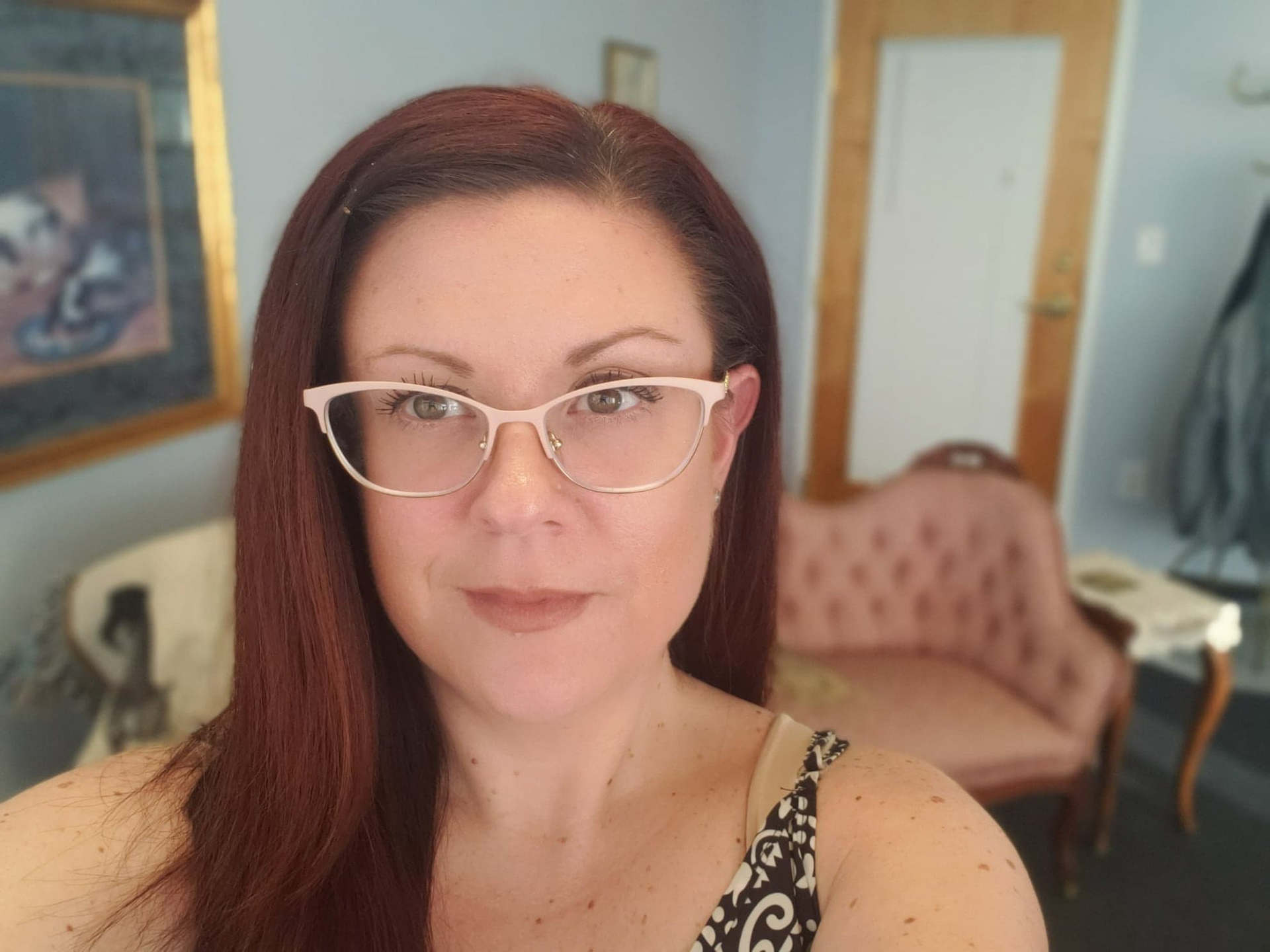 Cheri Petitpas
Cheri is an LICSW who has worked in the human services field for over 20 years. She is the owner of a private therapy practice and co-owner of a wellness center that focuses on both physical and mental wellbeing. She has worked with victims of sexual and physical violence, inmates in corrections, and children and teens who have been in and out of DCF and DYS custody.
As a victim of sexual assault herself, Cheri knows the barriers to fighting for justice. She is staunch believer in advocating for victims and survivors of sexual and domestic abuse. She is also an advocate for raising awareness and educating our communities about the dangers of social media, grooming, and the connection to human trafficking.
Cheri plans to open up the wellness center to survivors of trafficking and other forms of violence so that they have a safe, supportive space in which to feel heard and respected.

Jenn Green Snowden
Jennifer Green Snowden juggles motherhood and a full-time career as a paralegal. Her love of running also keeps her social calendar extremely busy. As a lifelong friend of Matilde, Jennifer has been in awe of her beautiful photographs and the stories they tell. Mattie's photographs of the girls and woman in Capture Humanity spoke to Jennifer and inspired her to become an ambassador to the program.
"After having two children, my eyes have been opened more than ever to the world of human trafficking," says Jennifer. "Our children live in a different world filled with electronics and social media. Being an avid long-distance runner, I am always fearful of my own safety out on the roads alone. I reached out to Mattie asking her how I could advocate for her and help her keep us informed on the reality of these changing times."

Robert Schulman
Robert Schulman, a native Long Islander, is the founder and executive director of Limb Kind Foundation and a Certified Prosthetist. He is a graduate of SUNY University of Buffalo and Newington Certificate Program. Robert has never considered being a Prosthetist a job, as helping people with limb loss is truly his passion and life’s work. Robert and Matilde met through Limb Kind and their professional partnership developed into a synergistic positive movement. Robert then joined Capture Humanity to further assist in informing others about the horrors of human trafficking in the world.

Robert Rodriguez
Robert is a right leg below-knee amputee. He was amputated at 10 months old due to Fibular Hemimelia. He has worked in the prosthetic industry for over 6 years and in 2019, his life documentary was nominated for an Emmy Award.
Robert travels the country as a motivational speaker for his company Limb Possible and is a board member and mentor for the Limb Kind Foundation. He also plays on the U.S. Amputee Soccer Team and is a Para Spartan Athlete and amputee basketball player.
“Being an Ambassador for Capture Humanity means a lot to me," says Robert. "It's about sharing the outlook of life to the world. The photos allow us all to see beyond our imagination and be where we may physically not be. It is also important to me to inform others about human trafficking because, as a man who was raised by a single mother, it has been embedded in me to help others and stand up for what is right."
↑Back to Top